Continuing getting to grips with vegetative plant identification.

Buoyed on by my success with the dandelion in my previous blog I ventured once again into my back yard with the aim of attempting to use The Vegetative Key to the British Flora to identify the first plant I saw. This meant ignoring 3 more dandelions for the sake of variety but in just a few steps I came across this unassuming little thing… 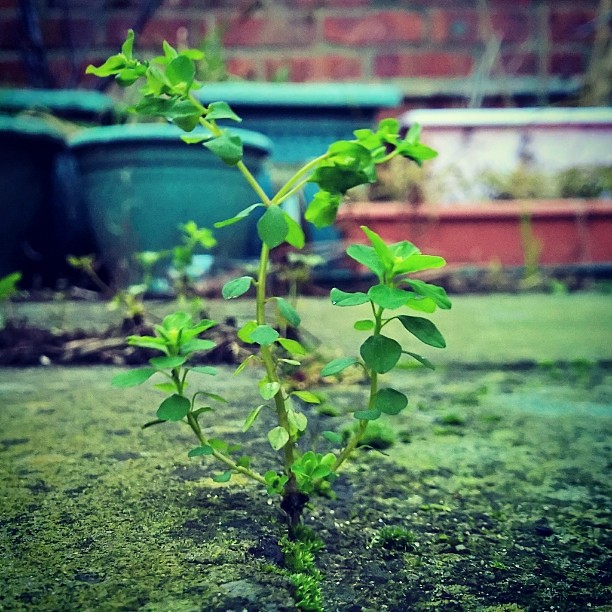 I thought it might be petty spurge when I saw it. I don’t know spurges very well but I vaguely remember someone telling me once that a plant that looks a bit like this was petty spurge so I had an idea what it might be. Less confident than the dandelion which seemed appropriate for my next attempt. 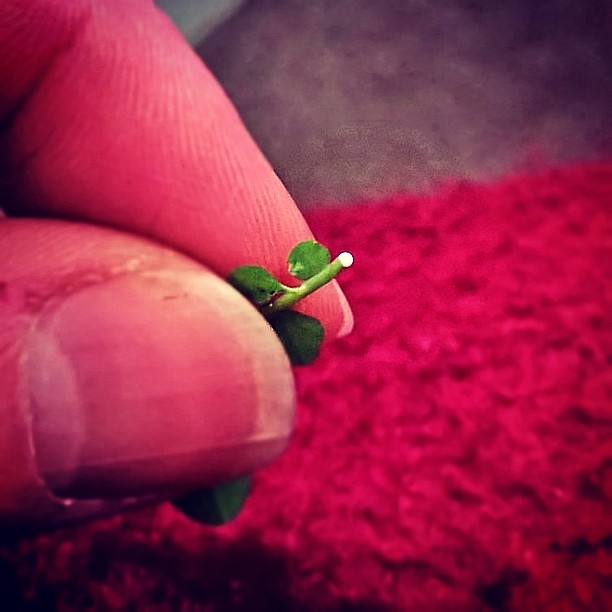 As you can see the latex is obvious (please excuse the close up of my thumb nail. I googled what ridges mean on finger nails and apparently it’s a sign of age. I am in my mid thirties which apparently is the age you start getting all gnarley).

While I bristle slightly at this apparent slur on my back yard I accept it’s a green ruderal. 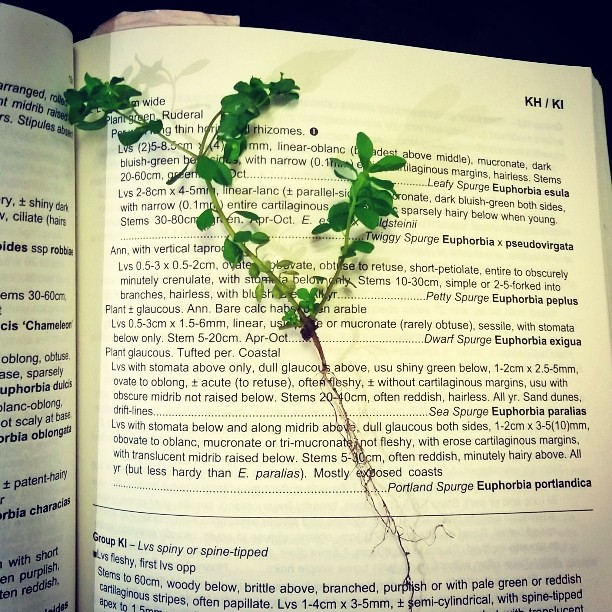 And I was encouraged to see a pleasingly vertical, tap root.

This is easy, I thought. And I was of course quickly proved wrong. My next attempt was frustrating but useful. Blog to follow…

Thanks for reading. If you disagree with my IDs or have thoughts on the subject please comment. All feedback welcome.

Getting to grips with vegetative plant identification.

This is The Vegetative Key to the British Flora by John Poland & Eric Clement: 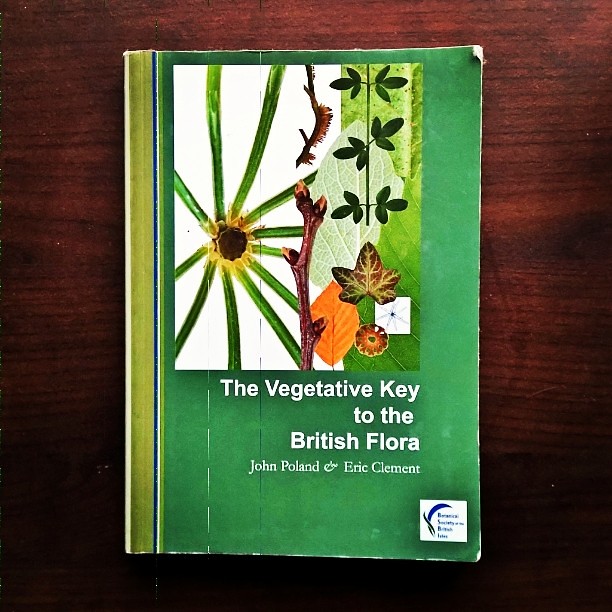 It’s a magic book that gives you the power to identify British plants in their vegetative state (no flowers) but leaves some of us mysteriously reluctant to use it.

I first heard of the book while doing a course in 2012. I was still getting my head around floral keys generally and the idea of vegetative ID was new to me. Someone asked Ros Bennett to recommend a vegetative key and she recommended Poland. She said it was good and that John Poland was younger than you’d imagine.

I went away and bought it with my usual good intentions, but as time went on and I began to gain a better understanding about how hard identifying plants with flowers was, the idea of attempting to ID them without got shelved along with bryophytes, diptera, Spanish and the ukulele.

Thing is, I knew it wasn’t going to be as hard as those. I had my copy with me when I attended an MMU day course in Shrewsbury, and Mark Duffel talked me through IDing something with it. The key is ever so slightly different to the usual dichotomous floras. It’s polychotomous with sometimes several options to choose from rather than the usual two. Mark drew a few lines in pencil on the opening key to major divisions and I got it… 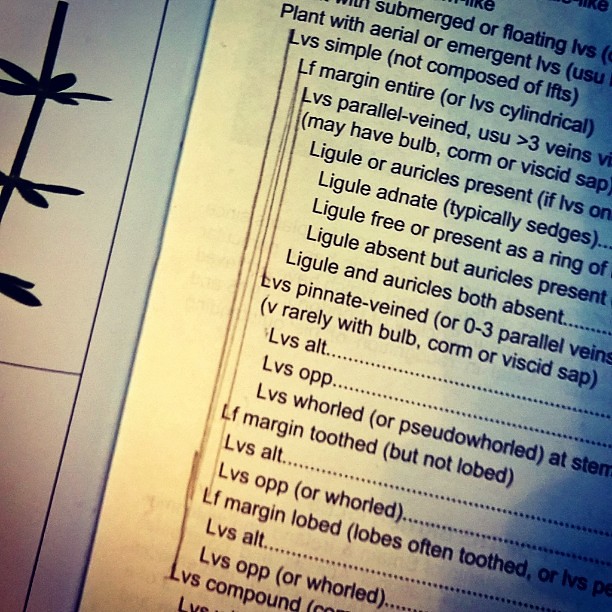 The polychotomous  thing really isn’t a big deal but it can be enough to put you off trying when you aren’t confident. So now I understood how it worked but I continued to procrastinate over veg ID. Four years after purchasing the key it still looked annoyingly new.

Well now I’ve given myself a project to do. As mentioned in my last couple of blogs I’m having a crack at producing a complete flora of the walls, gutters and random green places of Gorse Hill, where I live. Vegetative ID will be really useful to the project so I’m pulling my finger out and finally doing what I should have done all along and just use it so it.

I’m going to talk you though my practice attempts, where I went wrong, what I figured out etc, in the hope that it illustrates how good this key is and encourages a few people like me to get their copy out and have a go too.

I went into my back yard with the intention of IDing the first thing I saw. It’s a dandelion I thought. Let’s find out… 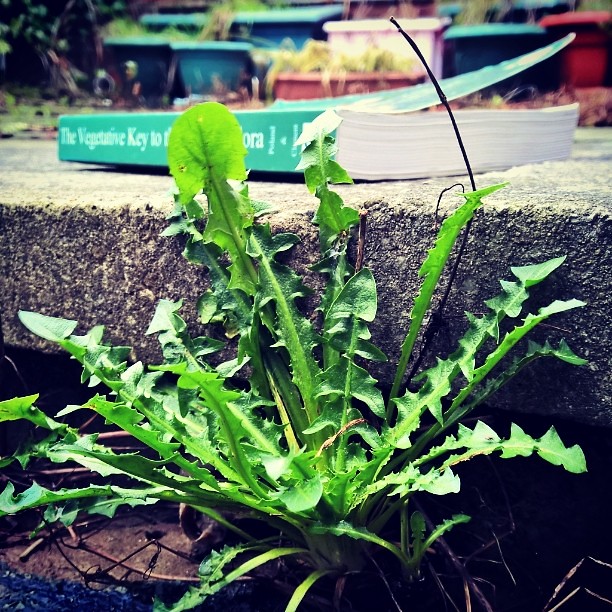 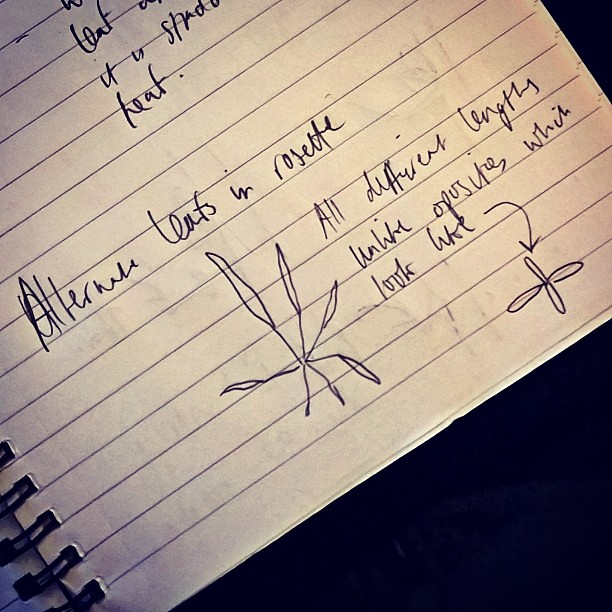 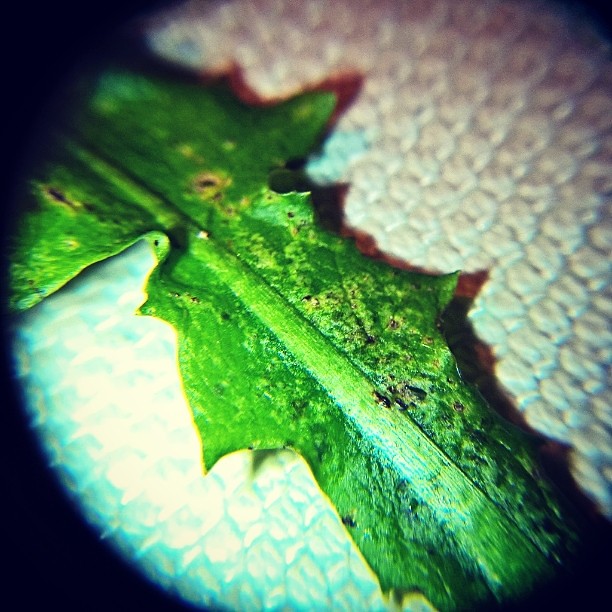 A good start. It didn’t take long. Next step will be to try something less familiar. Update to follow…