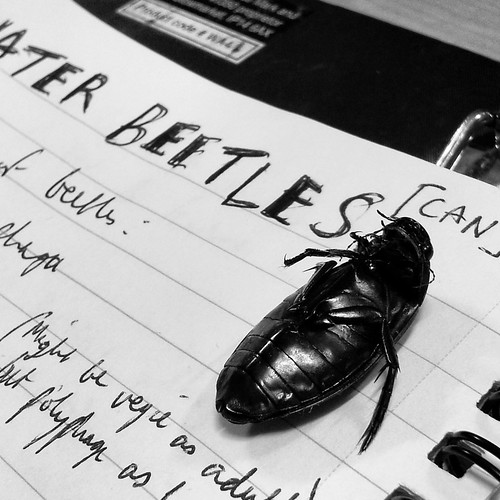 This was my first course of 2014, my second year as a member of the Cheshire Active Naturalists (CAN). Last year was a veritable course-fest with my first starting much earlier on in the season so I’ve been looking forward to this.

I am now a licensed newt worker and spent much of the newt season knee deep in ponds across the north west, counting and identifying amphibians in the traps I’d set. Along with the newts, frogs and toads though there were almost always at least a couple of water beetles, paddling earnestly away against the sides of the trap until I returned them with an unceremonious plop back into the pond.

Many of these were impressive looking creatures, emerald greens and amber shades like living jewels, equipped with great rowing appendages so they flipped about in your hand, or zoomed about the vegetation along the water’s edge. Not a smooth zoom like a torpedo, more a lolloping zoom as each heave of their legs accelerated them forward a way.

I’d ask what they were and my colleagues would call out a suggestion, but we were there to survey newts so the identity of many of these enigmatic little chaps remained a mystery.

A couple of days before the course, Fleur messaged me asking if I could give her friend Karen a lift there. As it happens I know Karen, an example of what a small world ecology is, we’d had our brains put through the botanical mangle on FSC Using a Flora with Ros Bennett at Flatford Mill back in 2012. Fleur and Karen are both doing the Biological Recording masters at MMU and their stories about it make me want to do and not want to do it in relatively equal measure. It sounds intense!

Karen and I drove through what was left of Hurricane Bertha to Fiddlers Ferry Education Centre near Warrington, arriving fifteen minutes late due to my phone’s ever erratic behavior necessitating some improvised Google maps team work by the two of us to get there at all.MY phone is going the way of my old Furbie back in the day. Poor old Ka-Da started sleeping with his eyes open and talking nonsense. 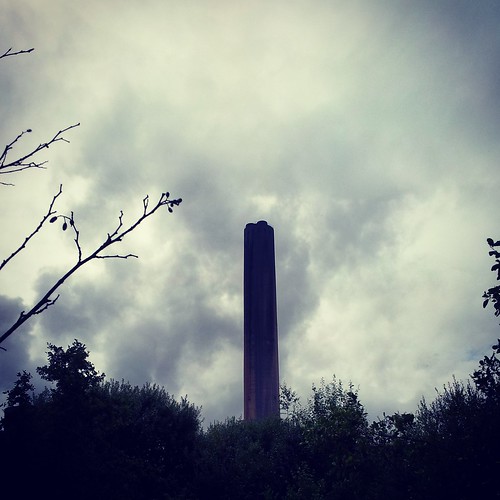 Our host at Fiddlers Ferry, Eamon, was running through the health and safety details of the power station as we found available seats in the classroom. Power stations are, as you can imagine very health and safety conscious. You always have to reverse park in the car parks which I guess is so you can all make a quick get away in the event of an emergency. 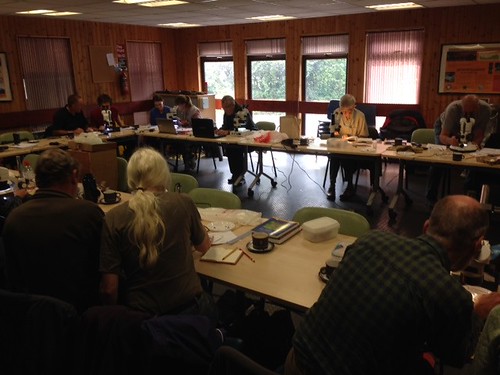 Andy Harmer, CAN founder and chairman delivered the course. Andy knows his water beetles. If you google ‘water beetles’  you don’t have to look far to find his photos. The format of the day was straight forward, we worked in pairs at microscopes using ‘A Key to the Adults of British Water Beetles‘  (the key is free online!) to ID specimens, some of which were there already and others we netted out of a pond on site half way through the day. 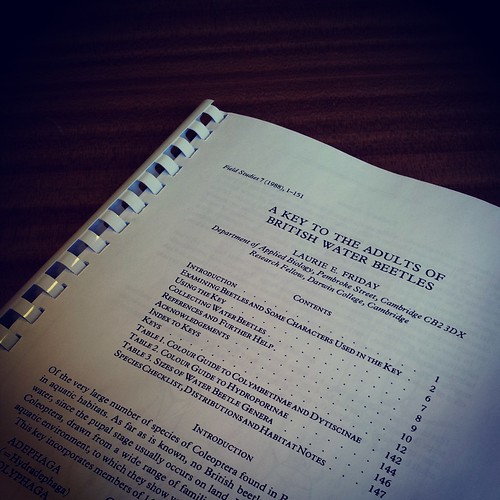 You get a good mix of people at CAN courses. Familiar faces Felur and Abi were there, a few new faces I didn’t know who I took to be consultant types, and a couple of the die hard invert enthusiasts that you only see at the CAN bug based courses.

One of my favorites of these is Ralph who I’ve seen on the diptera and invert trapping days. There’s probably not much delivered on these courses that Ralph doesn’t already know but he is clearly passionate about invert ID and has probably been practicing it longer than most of us on the course have been alive. It’s encouraging to see and he’s a wealth of useful information too. I now know how to preserve specimens. You don’t, as I naively asked, just full on pickle them. 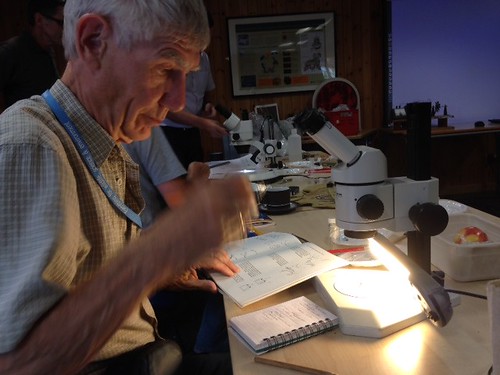 I paired up with Ivor who like me has moved from a totally non-ecology work back ground into consultancy work, and like me hadn’t tried to ID water beetles using a key before. 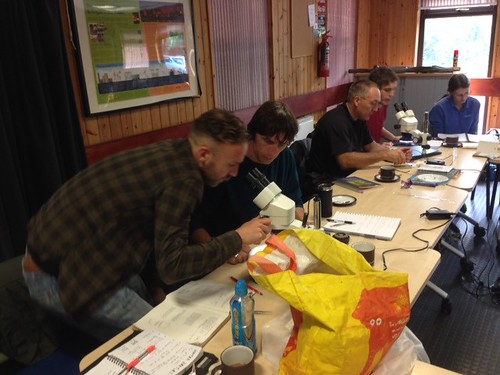 I was prepared for it to be hard. The last CAN course I did was fly ID last December which had been both inspiring but also comical in its difficulty level. It was a pleasant surprise to find water beetle ID was achievable. I’m sure it is easier than diptera ID. There are much fewer species for a start but I also get the feeling that I’m getting better at observing the diagnostics of invert ID keys on the specimens. 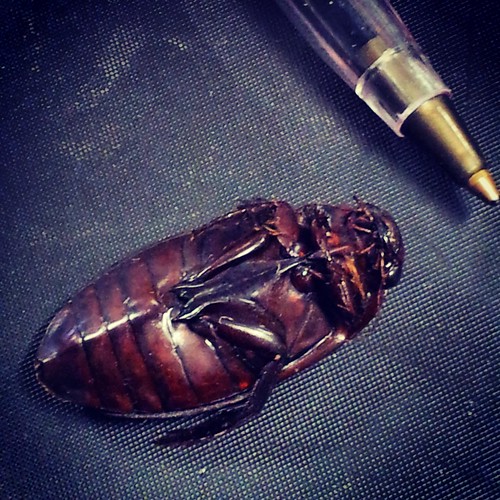 We had a few dead ends, re-starts and cries for help but by the end of the session Ivor and I had ID’d at least 5 specimens to species level. Our brains were objecting to the work out by 3pm but we weren’t broken or defeated.

I came away with what I’ve come to know as The CAN Effect. Stacey asked me how the day had been? “All I want to do now is ID water beetles” I replied.